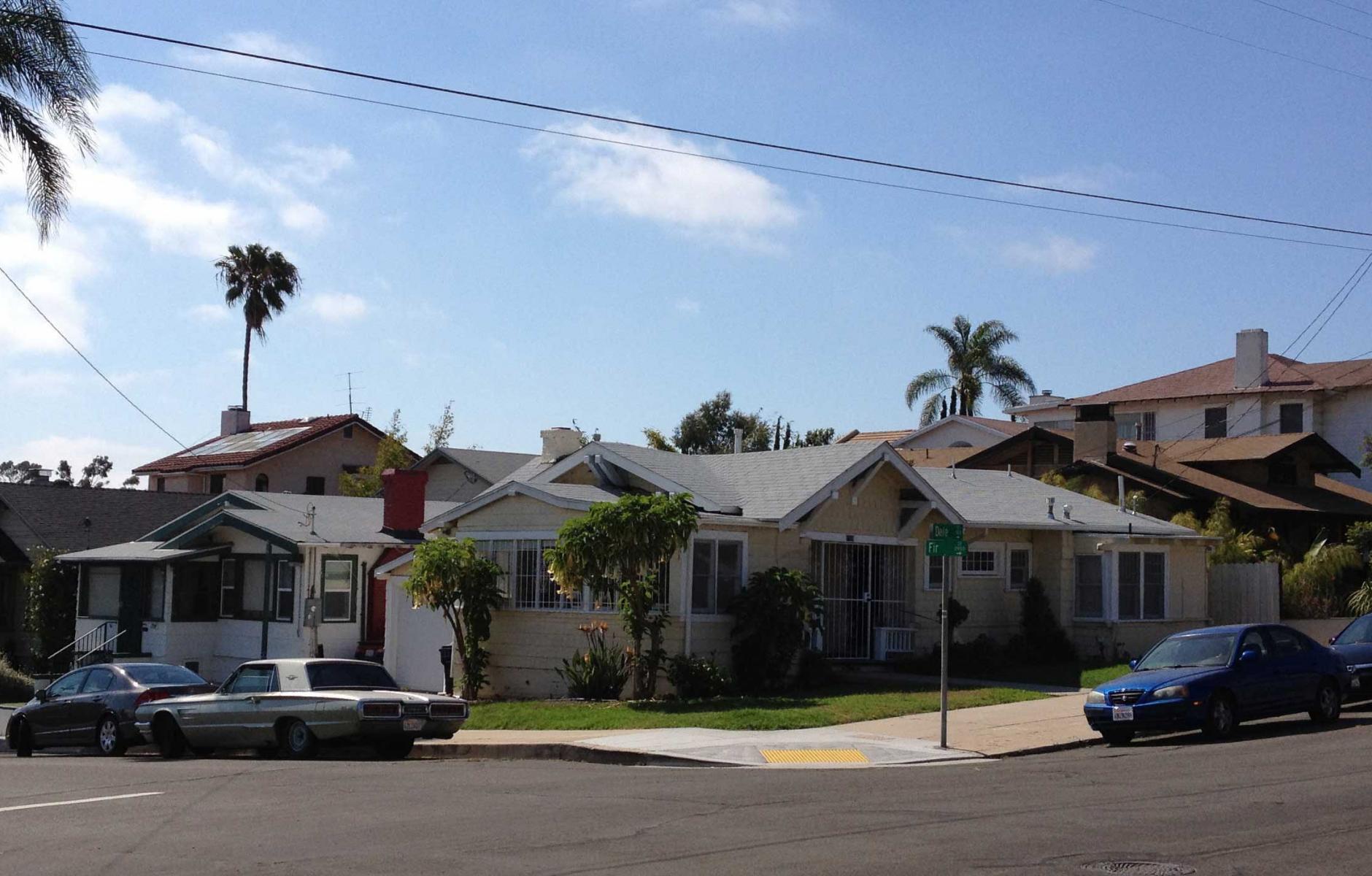 California’s Bay Area housing disaster tells Southern Californians that our housing crisis will only get worse and doing nothing is both an irrational and irresponsible response. We are faced with deciding to have more neighbors or pay more taxes as we desperately need money to fix our city’s crumbling infrastructure.  The conundrum is that we despise taxes and the mere mention of ‘density’ polarizes any discussion into either demands for no new growth or building tall towers.

I believe answers to meet San Diego’s housing demand are found in the following two-tier approach:

The first tier is a baseline ‘Beach Density.’ An existing housing model found in our older, traditional beach neighborhoods that fills our need for the ‘missing middle’ types of housing. This model is essentially a residence or shop with three (3) to five (5) units on each lot that are no more than two (2) to three (3) stories tall. All of these homes and businesses are mixed together every few blocks or so. By allowing every lot in San Diego’s urbanized areas to have up to five (5) units’ by-right, we have the opportunity to solve for our critical housing and infrastructure financing deficiencies without dramatically altering our city’s character. Ultimately, the entire city can enjoy and benefit from our healthy, outdoor lifestyle that this Beach Model provides us.

The second tier is more precisely located ‘Climate Action Zones.’ Per its recently adopted Climate Action Plan, the city of San Diego is required to take actions to “Implement transit-oriented development within Transit Priority Areas,” and to “[a]chieve better walkability and transit-supportive densities by locating a majority of all new residential development within Transit Priority Areas.” In combination with the Beach Density’s baseline housing bump, these Climate Action Zones are intended to achieve our city’s legally binding Climate Action Plan within a reasonable timeline.1 We cannot expect the city to complete it all at once, but it can accommodate for an urban acupunctural approach… pin pricks at key points to make great change.

These ‘zones’ will require updated and new city policies, including community plan updates, to facilitate increases of land use intensity near our region’s transit investments. Fortunately, we have one of our nation’s first and best Transit-Oriented Development (TOD) guidelines written by planning guru Peter Calthrope in 1992 that have sat neatly on a shelf in the city’s Planning Department over these many years, having been emasculated by our currently suburban and convoluted parking regulations. We should dust these off, as they’ve been proven throughout the world – as well as Portland – to increase transit ridership. In addition, we should manage our off-street parking and simplify one space per unit to permit transit, walking, and biking to be as advantageous as driving.

A ‘tower’ in San Diego is a building over 7 stories, and are only appropriate in one or two areas beyond downtown. However, 4 – 6 stories have been built in our old streetcar neighborhoods since their founding 100 years ago, as this height is a ‘walk up’ and appropriate in ‘walkable’ neighborhoods. Climate Action Zones should be located on the 4 to 8 blocks (600 feet radius) around primary intersections with cross-street transit service, currently built as 60’s era gas stations, drive-thrus, and strip centers.

Data shows that the majority of trips within 600 feet of a transit station are made by transit, bike or foot. These zones would permit mixed-use, up to 7 stories/90 feet tall max, using our TOD guidelines that allow for shared parking ratios with limited Community Plan conformance reviews in order to ensure transition steps to protect neighbors. Rather than waiting to build another Rancho del Rancho on our suburban periphery, these retrofitted intersections will be the focus of new development for the next 15-years. Successful case studies include Salt Lake’s Commuter, Light Rail (LRT), and Streetcar corridor economic engine, Dallas’s new LRT stations and Klyde Warren Park and Historic Streetcar value explosion, and Denver’s new infill coding success.

It is untenable to keep century old urban communities from change. But we know change brings fear to local citizens, which is why this two-tier approach makes very clear that new housing can fit comfortably within our current lifestyle if we explicitly plan for what we need using San Diego proven models.  Finally, we have to plan for the change we want in order to fix our infrastructure, add public spaces, and to continue to be relevant to working economies by providing attainable housing, accessible transportation, and our unique outdoor lifestyle.